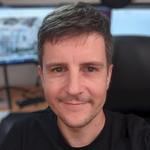 At least, every few days I change my workplace and I work on a different computer (home-laptop-work). For this reason, I usually need to ensure that I’m using the latest version of each repository.

After writing a script to facilitate the task of clonning several Git repositories, it is logical to consider the same when I need to pull them. In this post I want to share the script I use to automatically pull all my git repositories in one step, no matter if they are stored in GitHub, GitLab or Bitbucket. Practically, its the same script proposed by douglas, but simpler and following my personal naming convention…

The multiple-git-pull.sh script is stored in a Gist and allows me to pull several repositories stored in the same working folder (e.g. /home/user/git).

Avoid some headaches and innecesary pulls just by executing this script in your git working folder (if you have one :)

You May Also Enjoy

Testing if Geopackages functionality can be extended via SQLite extensions. Can this work in QGIS?

Clone multiple git repositories when setting up your Ubuntu

Clone multiple git repositories at once using a bash script and lists of your projects.